Missions and roles of the board of directors

The Board of Directors determines the broad lines of the Company's business activities and ensures these are implemented. The Board reviews all issues concerning the Company's operations and acts on all matters over which it has authority.

The Board's strategy and decisions are made within the context of the Company's sustainable development policy.

In keeping with its corporate governance responsibilities, the Board of Directors has adopted a Directors' Charter, which has been integrated into the internal regulations. This Directors' Charter sets forth the rights and obligations of the Directors and is binding upon each Director.

MEMBERS OF BOARD OF DIRECTORS

The Board of Directors comprises no less than three members and no more than the maximum number of members authorized by the applicable legal and regulatory provisions.

The Board of Directors currently has 14 members, namely: 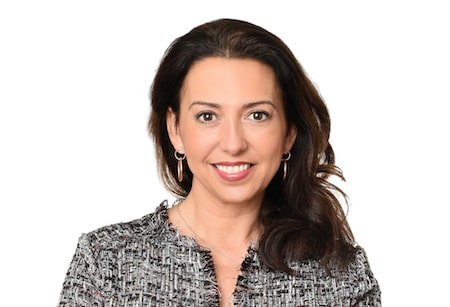 Independent Chairwoman of the Board of Directors since July 1st, 2020 and member of the Commitments and CSR Committee

Spanish citizen
Angeles Garcia-Poveda has been the Independent Chairwoman of the Board of Directors of Legrand since July 2020. Prior to this appointment, she was Lead Director from 2013 having been elected to the Board of the World Specialist in Electrical and Digital Building Infrastructures in 2012. Angeles Garcia-Poveda is a Senior Advisor of Spencer Stuart and a member of the governance practice. In 2008, she joined the executive search consulting firm becoming Managing Director for France in 2011 before being appointed Managing Director EMEA and member of the Global Executive Committee, then member of the worldwide Board and member of the Supervisory Board from 2018 to 2021. Angeles Garcia-Poveda began her career at The Boston Consulting Group (BCG) where she worked for 14 years as a strategy consultant and then as head of global recruitment. She is also a director of Edenred and of Bridgepoint. She is also a director of the IFA and of NEOMA Business School, and sits on the executive council of the MEDEF. 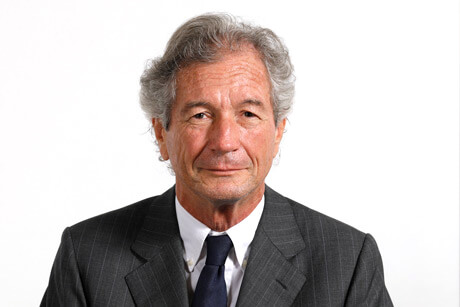 French citizen
Olivier Bazil joined Legrand in 1973 as Deputy Company Secretary, in charge of financial communication and development of the Group’s growth strategy. He became Chief Financial Officer of Legrand Group in 1979, Deputy Chief Operating Officer in 1993, then held the position of Vice-Chairman and Chief Operating Officer from 2000 to 2011. 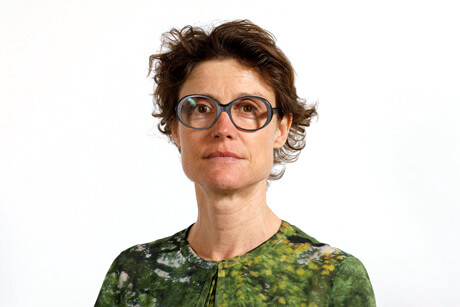 French citizen
Isabelle Boccon-Gibod started her career in 1991 in the International Paper Group as industrial activities Manager of the cardboard division in the United States, then in the United Kingdom from 1997 to 2001, before becoming Head of the strategic development for Europe until 2004. She was appointed as Vice-Executive President of the Sequana Group in 2008 and Executive Officer of the Arjowiggings Group in 2009. She is also a photographer and an author.
Isabelle Boccon-Gibod is a director of Arkema, the Paprec Group, GTT, Arc Holdings and Constellium. She is also Chairwoman of the company Observatoire Conseil. Lastly, she is, on a voluntary basis, Chairwoman of the Demeter company, and director of the Adie fund (Association for the Right to Economic Initiative). 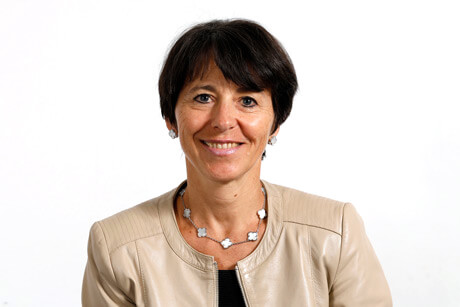 Independent Director of Legrand since 2012, Chairman of the Commitments and CSR Committee and member of the Audit Committee 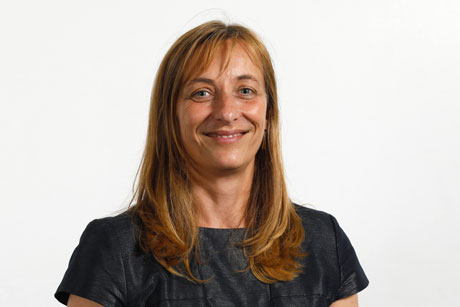 Director representing employees since September 30, 2020, and member of the Compensation Committee

French citizen
Sophie Bourdais joined Legrand in 1991. Until 2019, she successively held various positions at Legrand in particular within the Commercial Department. Sophie Bourdais is currently national delegate for technical education. Sophie Bourdais took office as director representing employees on the Board of Directors of Legrand on September 30, 2020.

French citizen
Daniel Buisson joined Legrand in 1981. Until 2002, he successively held various positions at Legrand in particular within the manufacturing area. From 2002 to 2005, he worked as a Supplier Quality coordinator. Since 2005, Daniel Buisson has been a Design Quality technician.
Daniel Buisson took office as director representing employees on the Board of Directors of Legrand on September 30, 2021. 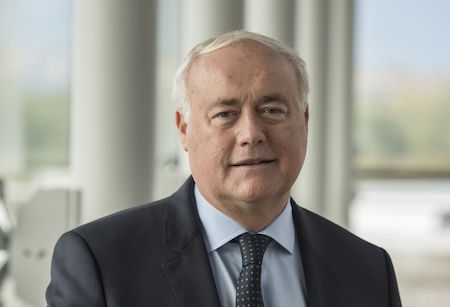 Independent Director of Legrand since May 26, 2021 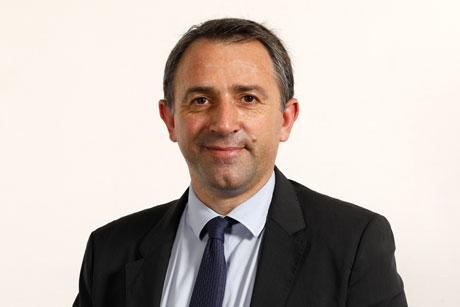 Director of Legrand since July 1st, 2020

French citizen
Benoît Coquart joined Legrand immediately after completing his education in 1997, to manage the Group's activities in South Korea. He subsequently took charge of Investor Relations and pursued his career within the Group by successfully holding several positions including that of Vice-President of Corporate Development (M&A), Executive Vice-President Strategy and Development, and Executive Vice-President France. Benoît Coquart has been a member of Legrand's Executive Committee since 2010 and was appointed Chief Executive Officer in 2018. He has been a Director of Legrand since July 1st, 2020. 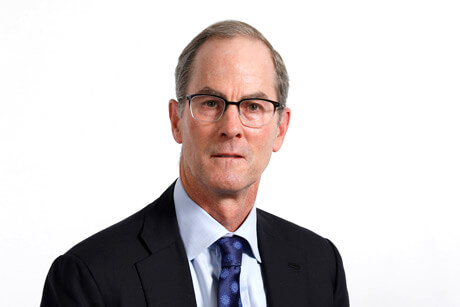 Independent Director of Legrand since May 30, 2018 and member of the Commitments and CSR Committee

American citizen
Edward A. Gilhuly worked at Kohlberg Kravis Roberts & Co (KKR) for 19 years.
Since 2006, Edward A. Gilhuly is a founding partner of Sageview Capital, LP, an investment fund which manages over $1 billion’s worth in assets.
Edward A. Gilhuly is currently a director of Avalara, Demandbase, ElasticPath Software, Exaro Energy III, MetricStream Inc. and Pantheon Systems. He is also a trustee of Duke University and has chaired the Board of Directors of Duke Management Company since 2014. 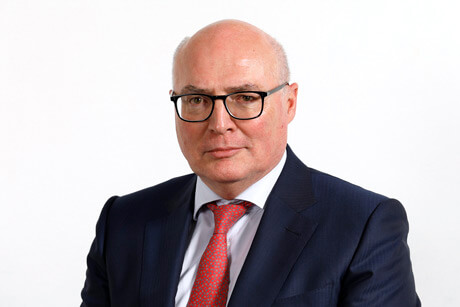 French and German citizen
Patrick Koller has been Chief Executive Officer of Faurecia Group (which became Forvia) since 2016.
Patrick Koller joined Forvia (formerly Faurecia) Group in 2006 as Executive Vice-President of the Business Group Faurecia Automotive Seating (now Faurecia Seating), a position he held until February 2, 2015. During this period, he held a variety of mandates in subsidiaries of Faurecia Group, including Faurecia (China) Holding Co., Ltd., Faurecia Components Pisek, S.r.o. (Czech Republic), Faurecia Automotive GmbH (Germany), and Faurecia NHK Co., Ltd. (Japan). On February 2, 2015, he was appointed Deputy Chief Executive Officer in charge of Operations, a position he held until June 30, 2016. He has also held senior management positions in several other major industrial companies (at Valeo as Managing Director, Engine Cooling Europe Division until 2000 and at Rhodia as Managing Director of Polyamide Intermediates until 2003 then as Group Industrial and Purchasing Director until 2006). 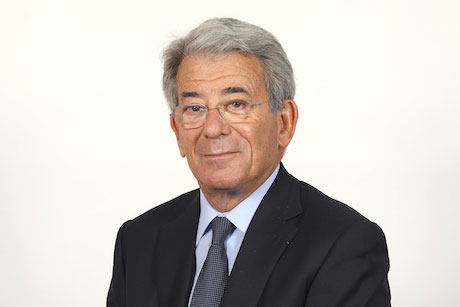 Independent Director of Legrand since May 29, 2019, Lead Director, Chairman of the Nomination and Governance Committee and member of the Compensation Committee

French citizen
Michel Landel began his career at Chase Manhattan Bank in 1977. In 1990, he became plant director for the Poliet group before joining Sodexo in 1984 first as Head of Operations for East Africa and then for Africa. In 2000, he became Vice-Chairman of Sodexo’s Executive Committee and in 2003, Deputy Chief Executive Officer. From 2005 to January 2018, he was Chief Executive Officer and Chairman of the Executive Committee and was appointed Director of Sodexo in 2007.
Since 2018, Michel Landel has been an independent director of Danone. He is a member of the Governance Committee and of the Engagement Committee of Danone. He also chairs Astrolabe Services.
He has won several awards for his campaigns in favor of diversity in the workplace. 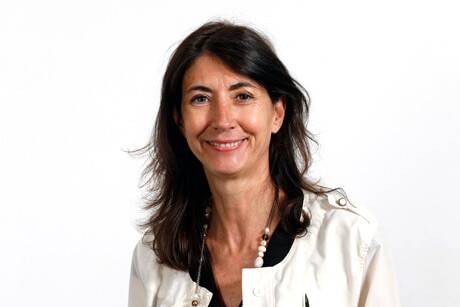 Italian citizen
Annalisa Loustau Elia worked for four years at Cartier in Geneva and Paris, for two years at L’Oréal’s Luxury Product Division in Paris and for thirteen years at Procter & Gamble in Geneva as well as in the Group’s subsidiaries in Paris and Rome.
From 2008 until January 2021, she was Chief Marketing Officer and member of the Executive Committee of Printemps, where she specifically worked on digital transformation and customer experience.
Annalisa Loustau Elia has also been a director of Campari since 2016, of Salvatore Ferragamo SpA, Kaufman & Broad and Swarovski International Holdings since 2021, and a member of the Supervisory Board of Roche Bobois since 2018. 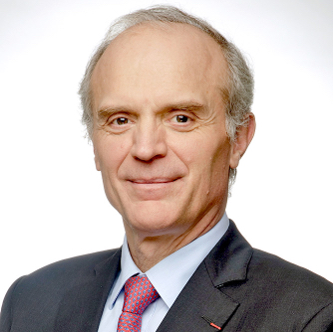 Independent Director of Legrand since May 25, 2022

French citizen
Florent Menegaux joined Price Waterhouse in 1986 as a consultant.
In 1991, Exel Logistics France, offered him the position of Finance Director.
Six months later, he was promoted to Chief Executive Officer.
From 1995 to 1996, Florent Menegaux was Chief Executive Officer of the General Cargo Transport division for the Norbert Dentressangle group.
In 1997, Florent Menegaux joined Michelin Group as Commercial Director for Truck tires in the United Kingdom and Ireland.
After having held various positions within Michelin Group, he was appointed Chief Operating Officer in December 2014, and then Senior Executive Vice President of the Michelin Group in 2017.
Since January 2018, he has also overseen the Michelin Group’s Business Departments, and the Manufacturing, Supply Chain and Customer Experience Operational Departments.
Florent Menegaux was appointed Managing General Partner on May 18, 2018 and he became Managing Chairman of Michelin Group on May 17, 2019.
He is also Manager of Manufacture Française des Pneumatiques Michelin. 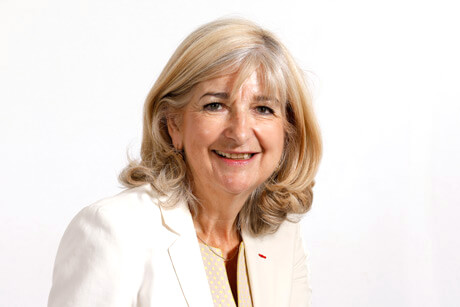 Independent Director of Legrand since 2011, Chairman of the Audit Committee and member of the Compensation Committee

French citizen
Éliane Rouyer-Chevalier joined Accor in 1983, taking responsibility for international financing and cash currency management before becoming Director of Investor Relations and Financial Communication in 1992. From 2010 to 2012, she was a member of the Executive Committee of Edenred as Vice President of Corporate and Financial Communications & Social Responsibility. She was Chairman of the French Association for Investor Relations (CLIFF) from 2004 to 2014 and remains its honorary chairperson.
She is currently Chairwoman of ERC Consulting since 2013 and Consultant for the World Bank (IFC) since 2016. Since 2019, she has been an independent director at Ipsos. She has been a director of the Federation of Individual Investors and Investment Clubs (F2IC) since 2014, and was also Vice-President of the Observatoire de la Communication Financière from 2005 to 2018.