Legrand and Electriciens sans frontières work together to allow the greatest possible number of people to have access to electricity.

This co-operation concerns both long-term development projects (electrification of school or hospital buildings, for example) and emergency humanitarian initiatives. 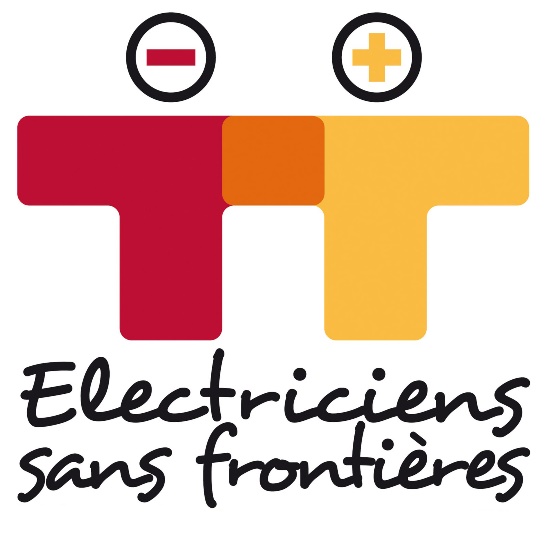 Electriciens sans frontières is an international solidarity NGO approved by the "Give with confidence" committee. Its projects are aimed at those whose development and, in some cases, survival are endangered for lack of long-term, secure access to electricity.

It also provides its expertise to international solidarity actors to secure their electrical installations worldwide, particularly healthcare or education facilities. And it works on emergency projects following humanitarian disasters.

The first joint project between Electriciens sans frontières and Legrand dates back to 2006, on a dairy electrification project in Cameroon, conducted with the Group's French subsidiary.

In 2007, this cooperation was formalised in a partnership agreement, which has been renewed every year and today applies to the entire Legrand Group.

Meanwhile the modes of action have grown in number and range, and Legrand's employees are becoming increasingly involved in both a voluntary and a professional capacity, supporting development projects worldwide. The aim of Legrand and Electriciens sans frontières is to continue strengthening their partnership.

Since 2007, the joint projects conducted by Legrand and Electriciens sans frontiers have brought access to electricity to 2.9 million people in 43 countries

Over 250 projects conducted with Electriciens sans frontiers since 2007 The development projects conducted with Electriciens sans frontières are essentially focused on electrification.

They involve providing electricity and installation safety in schools, as well as in dispensaries or hospitals, to ensure the safety of surgical procedures or enable refrigerated vaccine and medication storage.

Last but not least, they sometimes involve the electrification of entire villages, to improve the daily lives of families through lasting autonomous access to electricity using renewable energy sources.

Legrand is committed to the "Electricity for health and education in Africa" programme, aimed at funding electrification projects for schools and dispensaries in Burkina Faso, Togo and Madagascar.

Some twenty initiatives have already been launched to support this programme, particularly sales promotions and voluntary fund-raising actions.

Find out more about the assistance provided in Togo

Find out more about the assistance provided in Madagascar Legrand is involved in the "Green energy for 24 villages in the Phongsaly province" project, a vast electrification campaign to enable populations to access a minimum amount of electricity using picoturbines. Legrand is also active in emergency assistance to displaced populations following natural disasters or conflicts. This may involve, for example, supplying equipment or providing financial aid to bring lighting and security to shelter camps and health centres, or installing drinking water treatment and pumping plants.

In 2015, in the wake of cyclone Pam, Legrand's teams in Australia, New Zealand, and New Caledonia mobilised as best they could to arrange for a team of Electriciens sans frontières volunteers to visit Vanuatu, particularly the island of Tanna. Legrand and the SDGs