Eliot is the connected devices program launched in 2015 by Legrand to speed up deployment of its Internet of Things offering. Thanks to Eliot, millions of Legrand users, both private individuals and professionals, are now experiencing connected life every day. Switching the light on or off by voice control has become standard. Remotely controlling the emergency lighting in buildings is becoming the norm. So, backed up by Eliot, new connected solutions are created on a daily basis. In parallel, with dynamic interoperability, new services and features are imagined every day. Eliot is now deployed all over the world, and creates a lasting improvement in the experience of Legrand users.

AT THE HEART OF LEGRAND’S DEVELOPMENT

Legrand, a strategic player in the field of connected buildings, deploys Eliot all over the world. Demonstrating the success of the program, the sale of connected products accounted for 13.1% of the Group's sales in 2020. This level of activity reflects the successful integration of Netatmo, acquired in late 2018. It also arises from the successful launch of the new connected ranges offering improved energy efficiency, convenience, and productivity, as well as the growth dynamic of connected solutions for data centers. Additionally, it reflects the continued geographical deployment of iconic Eliot offerings, particularly connected user interfaces and connected door entry systems. Last but not least, this performance comes as a result of several successful IoT acquisitions made by Legrand since 2015, such as JoBo, Universal, or Clever.

In addition to major R&D investments devoted to new technologies, the acceleration of Eliot's development was made possible by Legrand's many acquisitions in the IoT sector since 2015. In addition to the takeovers of Netatmo, which enabled a broadening of the Group's connected products base thanks to the start-up's 1.3 million active products, and of Milestone to boost digital infrastructures, Legrand most notably took over Shenzen Clever Electronic, a Chinese leader in smart PDUs for data centers.

In 2019, the acquisition of Universal Electric Corporation, the unrivalled leader in busways for data centers in the United States, also strengthened the Group's positions in data centers.

And in 2020, the acquisition of Jobo Smartech, a Chinese leader in connected systems for hotel room management (lighting, ambient temperature, etc.) further complements Legrand's offer for the dynamic hospitality sector in China.

Interoperability is the ability of a product or service to work with other existing or future products or services, with no restrictions on access or implementation. As they are essential for the development of connected objects, Legrand is also making every effort to define the industry standards. The challenge is to promote open languages and to make use of a cloud that enables data to be exchanged and third-party systems to be integrated.

Choosing Legrand guarantees that you will have solutions that ensure the security and confidentiality of the user's personal data. The Group guarantees users an ever more reliable and secure experience while ensuring total personal data confidentiality. The ‘Security by Design’ and ‘Privacy by Design’ approaches, as well as the ISO 27001 certification of solutions provide an optimum level of security that prevents any fraudulent use of the data entrusted to the Group.

The connected life, a key issue at the last CES 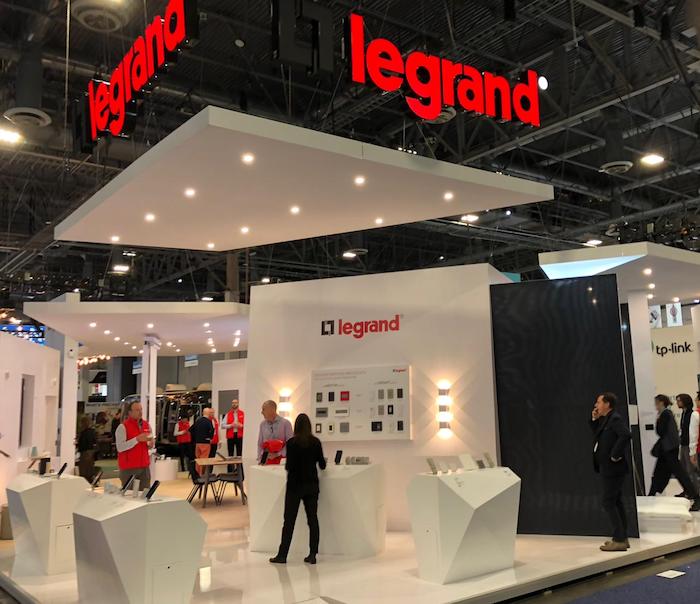 Legrand has attended the Consumer Electronics Show (CES) in Las Vegas every year for the past six years. The 2020 edition, following on from the previous years, celebrated connected living. At the show, the Group presented its latest connected solutions, which are simple and intuitive— a testament to our constant concern for the needs of users. On this occasion, Legrand most notably unveiled its first connected electrical panel: Drivia with Netatmo.